Statement: As for expansion of religious persecutions at the occupied territories of the Donbas

Over the past five years, the situation with the observance of the right to freedom of conscience and religion in certain districts of Donetsk and Lugansk regions of Ukraine (the so-called “DNR” and “LNR”) is constantly deteriorating. In particular, in the occupied territories of the Donbas, the rights of believers, religious communities and clerics of the Local Ukrainian Orthodox Church are systematically violated. This is manifested in systematic persecution, mistreatment, arrests, seizure of churches, and so on.

However, if so far there has been a significant restriction and violation of rights, now, from March 1, 2019, there is a threat of full prohibition of the activities of communities and clerics of our Church, complete confiscation of community property and the deportation of priests from the so-called “DPR” territory.

The reason for this is the unlawful requirement for communities to “register according to the laws of the republic”. Such a requirement can not be fulfilled, because the structure that issued such a “law” is not recognized by the state.

In this regard, since March 2, 36 temples and premises, as well as the diocesan House of Mercy, belonging to the communities of our Church in separate temporarily occupied regions of the Donetsk region, may be “confiscated in favor of the republic”, and priests may be deported.

Taking into consideration this threat, we appeal to the United Nations Organisation, Organization for Security and Co-operation in Europe (OSCE), the guarantors of  “Minsk Process,” the European Union and, in general, all democratic countries, international and interdenominational institutions, to address those , on whom depends the adoption of final decisions in the matter raised and to take measures to prevent the catastrophic development of events.

We also ask everyone to pray about the communities and clergy of our Church in the occupied territories of the Donbas and for all those who suffer from captivity.

Metropolitan of Kyiv and All Ukraine 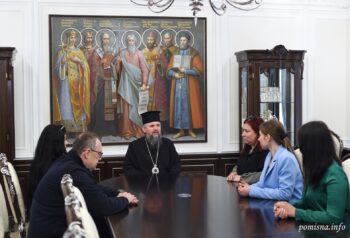 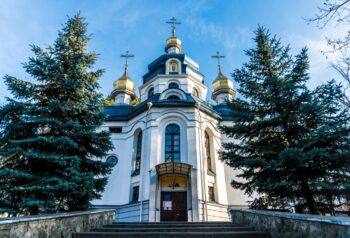 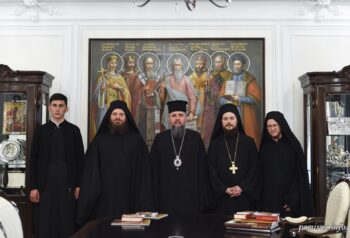