Press- release on the results of the session of the Holy Synod of the UOC (OCU)
June 24, 2019
On June 24, 2019, a regular session of the Holy Synod of the Ukrainian Orthodox Church (Orthodox Church of Ukraine) took place in the historic Metropolitan’s House on the territory of St. Sophia of Kyiv. All the members of the Synod, except the Patriarch Emeritus Filaret (without a valid reason) and the Archbishop of Donetsk and Mariupol Serhiy (for a valid reason) took part in the session.
The Holy Synod had thoughts about the meetings of the three bishops, a small number of convened clergy and laity, which took place on June 20, 2019 in St.Volodymyr’s Cathedral in Kyiv.

As a result of the discussion, the following decisions were taken:

Taking into account the above mentioned, but also taking into account the special merits in the past for the Ukrainian Orthodox Church, to state that the Patriarch Emeritus Filaret remains in the bishopric of the Orthodox Church of Ukraine, however, having lost his canonical rights and duties related to the administration of the diocese.
The Patriarch Emeritus Filaret may, through a letter addressed to the Primate, His Beatitude Metropolitan of Kyiv and all Ukraine Epiphaniy, address to the Holy Synod for a joint consideration of his future position in the Orthodox Church of Ukraine.

A number of decisions were also made:
1. To create the Synodal department of Sunday schools and catechesis, to appoint Archimandrite Makariy (Papish), the governor of St.Theodosius  Stavropiginian monastery in Kyiv, the Head of the department.
2. Implementing the decision of the Holy and Great Council of the Orthodox Church (Crete, 2016) to actively support environmental initiatives and establish the day of prayer on the protection of the natural environment on September 1 in the Orthodox Church of Ukraine in the nearest Sunday after September 1, as the Day of Prayer for Protection the environment.
3. To conduct the general church celebration of the 1031st anniversary of the Baptism of Rus-Ukraine on July 27-28, 2019:

– July 27th in the evening – All-night vigil (Vespers) in the St.Michael’s Golden-domed cathedral of Kyiv;
– July 28th in the morning – Divine Liturgy in Small (Warm) Sophia, the procession to the monument of St. Equal-to- apostles Prince Volodymyr and the prayer service.
A message was also listened to about the visit of His Beatitude Metropolitan Epiphany to the Ecumenical Patriarchate on June 10-12, 2019, as well as changes to the Statute and name of the monastery in the Volodymyr-Volyn diocese.

Press service of the Kyiv Metropolitanate of the UOC (OCU) 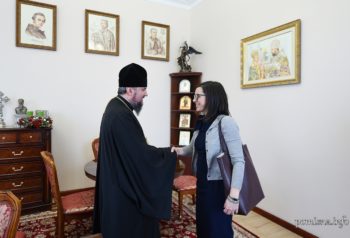 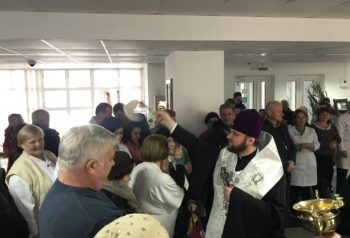 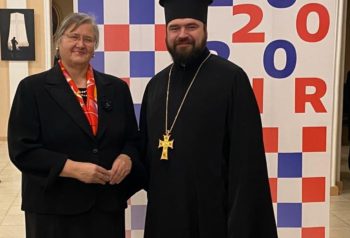