Address by Metropolitan of Kyiv and All Ukraine Epiphaniy, the Primate of the Orthodox Church of Ukraine, on the occasion of the Day of Prayer for the Environment (September 1)

Brothers and sisters, beloved in Christ!

It has been 30 years since the blessed memory of the Ecumenical Patriarch Demetrius initiated the tradition of commemorating the Church’s New Year on September 1/14, the Day of Prayer for the Environment.

Recently, according to the resolution of the Holy Synod of our Local Church, such a celebration has been established in Ukraine. We know that all creation together sighs and torments to this day (Rom. 8:22). These words of the Apostle Paul have become unexpectedly relevant nowadays, when millions of people, together with other creatures, suffer from man-made disasters and natural disasters caused by human greed and indifference. Man is not only able to plunder his planet. Creation awaits the appearance of the sons of God, says the apostle Paul, through which it will be freed from the bondage of corruption to the glory of the children of God (Rom. 8: 19-21). Having settled a man in the world as at home, the Lord gave him the first commandment to take care of the universe (Gen. 1: 26-28).

Subsequently, the Creator constantly reminded Adam’s descendants that He was not only concerned with them, but also with the rest of creation. Thus, having saved the Noah family from the Flood and the beginnings of every animal species, God made a covenant not only with humans, but also with “every living soul that is with you, with birds and with cattle, and with all the beasts of the earth” (Gen. 9 : 10). The Lord revealed to the prophet Jonah that He had compassion on the city of Nineveh not only for the sake of the people, but also for the cattle that dwell there (Jonah 4:11).

In the New Testament, the Savior has also affirmed that He not only cares for people but also glorifies the wildflowers and gives food to the birds of the sky (Matt. 6: 26-30). Forgetting this important dimension of Revelation moves us away from the heart of Orthodox spirituality. Saint Isaac Sirin described the universe as the “ocean of creativity” of God the Father, Who “in His compassion bears everything, visits everything, cares for everything and controls everything.” This parental concern of the Creator must be imitated by man, resembling God with the mercy to the whole world. According to the monk, “a merciful heart” is “the burning of the heart in man for all creation, for humans, for birds, for animals, and for all creation.” Ancient  saints have warned us about the perniciousness of consumer attitudes toward the world.

St. John Chrysostom taught that the entire cosmos is a gift of God to all mankind, that all the resources of the earth belong to all, and every man must take care of all creation. Ecology is an object of constant attention and concern for Ecumenical Orthodoxy. The Holy and Grand Council of the Orthodox Church, held in 2016, testified that “the current ecological crisis has arisen because of spiritual and ethical reasons. Its roots are related to lust, greed and selfishness, which leads to the misallocation of natural resources, pollution and the greenhouse effect.

The Christian approach to solving this problem requires from man to repent of the abuse of nature, to have abstinence, and ascetic ethos, which is the antidote against excessive consumption, and at the same time cultivates in man the consciousness that he is only a “house manager” and not the owner of creation. The Church does not cease to emphasize that the future generation has the right to possess natural goods that the Creator has entrusted to us. “This very Council proclaimed September 1 as the day of prayer for the protection of the natural environment in all Local Churches.

And this year our Orthodox Church of Ukraine joins the common Orthodox prayer. This prayer should be the beginning of constant theological reflection and the real participation of the clergy and believers of our holy Church in the preservation of the environment and various environmental initiatives together with all people of good will. And may the Lord, Who created “both heaven and earth and the sea and all that is in them” (Acts 4:24) help us in this!

Metropolitan of Kyiv and All Ukraine,

Primate of the Orthodox Church of Ukraine 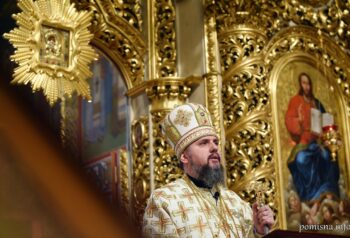 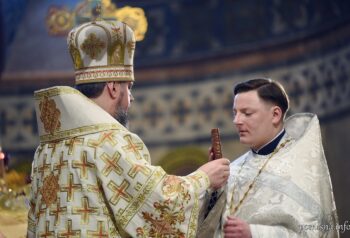