A session of the Holy Synod took place

On July 27, 2019, a regular session of the Holy Synod of the Ukrainian Orthodox Church (Orthodox Church of Ukraine) took place in the Congregation Hall of the Kyiv Orthodox Theological Academy under the chairmanship of His Beatitude Metropolitan of Kyiv and All Ukraine Epiphaniy.
The meeting was attended by all members of the Synod, except for the Honorable Patriarch Filaret (without a valid reason) and the Archbishop of Rivne and Ostroh Hilarion (for a valid reason).
The Holy Synod considered a number of topical issues and adopted the following resolutions:

1. To express strong protest and profound indignation at the ongoing violence of the Russian occupation authorities against the Orthodox Church of Ukraine in the Autonomous Republic of the Crimea and in Sevastopol, which during the last time turned out to be a deliberate damage and plunder of the building and property of the Cathedral of the holy Equal-to- apostles princes Volodymyr and Olga and the Crimean diocese of the Ukrainian Orthodox Church (Orthodox Church of Ukraine) in the city of Simferopol, in creating obstacles to the access of the clergy and faithful to the cathedral and the diocesal management. The Orthodox Church of Ukraine once again demands from the Russian Federation to stop a deliberate violation of one of the fundamental human rights – the right to freedom of conscience and religion in the occupied Crimea and Sevastopol. To remind those who are directly involved in violent actions against the cathedral of the Crimean diocese of the UOC (OCU), in particular, the figures of the Russian “courts”, “judges”, and the occupation “ministry of property”employees, that their actions are not only a crime under human law, but a grave sin of sacrilege and humiliation of the consecrated house of God. To encourage the Ukrainian and international community to demand that Russia stop the violation of the rights of the Ukrainian Orthodox community of Crimea, and bring the perpetrators to justice, including the strengthening of international sanctions against the Russian Federation and against specific officials of the “court”, “judiciary”, “ministry of property” and others , directly involved in violation of the right to freedom of conscience and religion in the occupied Autonomous Republic of Crimea.

3. To bless the formation of male monastery in honor of the holy martyr and healer Panteleimon in Zhytomyr-Ovruch diocese.

4. To bless the formation of the male monastery in honor of St. Nectariy of Eghinsk in the Pereyaslav-Vyshnevsky diocese.

5. To establish in the Orthodox Church of Ukraine on September 22 (September 9, old st.), on the day of the memory of the holy Godly-parents Joachim and Anna, – the Day of prayer for the family. On this day, in the churches of the Orthodox Church of Ukraine, to perform Divine Liturgies and prayers for these saints, as patrons of the family, with special prayer requests for peace in families, good education of children, spiritual welfare and earthly plenty of families. To bless on this day to devote sermons of clergy on family matters, to hold family-related thematic events both at the level of dioceses and parishes, and in cooperation with secular organizations interested in it.

6. The Synod also discussed some organizational issues related to the implementation of previously adopted resolutions. 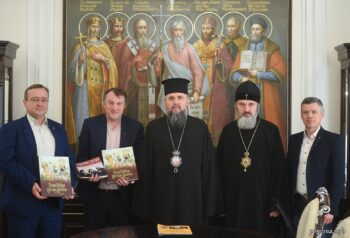 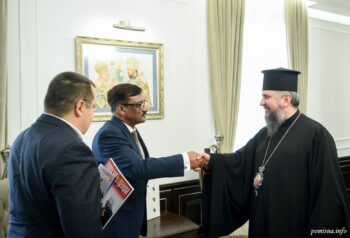 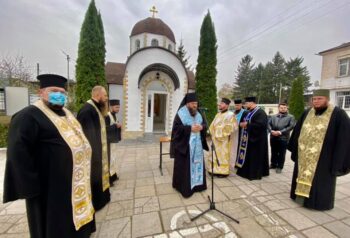