In connection with the announcement spread in the press by the Synod of the Moscow Patriarchate in Ukraine, it is necessary to note that the text of the statement contains lies and manipulations, obviously, intended to confuse readers who are not well-informed about the actual state of affairs in the church environment of Ukraine and the world.

Patriarchal and Synodal Tomos of autocephaly overcomes church separation in Ukraine. This is confirmed by the fact that at the Unification Council on December 15, 2018, separated branches  created a single autocephalous Local Ukrainian Orthodox Church. Today more than 500 religious communities from the Moscow Patriarchate have volunteered to join and this process continues. The fact that the majority of the hierarchs of the Moscow Patriarchate in Ukraine have not yet expressed their desire to join this process shows only the unwillingness or unpreparedness of these hierarchs, and not the allegedly falsehood of the process itself.

The Moscow Patriarchate in Ukraine is not a Local Church here, but is part of the Russian Orthodox Church. Providing Tomos on autocephaly is a direct and entirely canonical right of the Ecumenical Patriarchate. Owing to the realization of this right, through the Tomos of the Ecumenical Patriarch, the autocephaly of the overwhelming majority of Local Churches (10 out of 15) was proclaimed and approved.

The fact that the perception (reception) of the decision to grant the Patriarchal and Synodal Tomos of autocephaly to the Orthodox Church of Ukraine has not yet fully taken place, does not mean that this will not happen at all. There is no reason to speak about the fundamental impossibility of recognizing the Local Ukrainian Orthodox Church from other Orthodox Churches. But to wait for the entire reception only 3 months after the announcement of Tomos is somewhat inappropriate. Moreover to do it by the representatives of the Russian Orthodox Church, which itself had been expecting its recognition for 141 years (1692 months!).

Representatives of the Moscow Patriarchate submit positions of some Local Churches as support for their own vision of the situation. But, for example, the Cyprus Orthodox Church in its position on the Ukrainian question indicates that in order to achieve a certain result it takes time and only if the final unity can not subsequently be obtained, then the Cyprus Orthodox Church will turn to His Holiness the Ecumenical Patriarch so that he, according to his the exclusive authority, convened the All-Orthodox Council or a meeting of the Primates of the Local Churches to resolve the situation. The fact that, in its statement, the Synod of the Cypriot Church expresses disagreement with the decisions and position of the Russian Orthodox Church (along with its constituent part in Ukraine), the hierarchs of the Moscow Patriarchate, for some reason, do not notice much.

The attempt to call the historical and canonical argument of the decisions of the Constantinople Mother Church as “unreasonable, artificial, false, and contradictory to the Church canons” is ungrounded, since in addition to the empty epithets,  no arguments have been given by the authors of the appeal.

Unity and reconciliation are good, and the one who contributes to them is doing good. The Patriarchate of Constantinople has greatly contributed to the unification of Ukrainian Orthodoxy. Instead, the Moscow Patriarchate in Ukraine for almost 30 years has only been preventing the achievement of both ecclesiastical unity and recognition of autocephaly.

Church unity is violated by one who unilaterally breaks Eucharistic communication for non-dogmatic reasons. That’s what the ROC and its Ukrainian Metropolitanate have done.

There are no grounds for withdrawing the Patriarchal and Synodal Tomos of the autocephaly of the Orthodox Church of Ukraine, no matter how much it is sought in the Kremlin and such thoughts were retransmitted by the Moscow Patriarchate in Ukraine.

According to the report of the Office of the United Nations High Commissioner for Human Rights, the article 18 (3) of the International Covenant on Civil and Political Rights indicates that national security is not a legitimate reason to restrict freedom of religion or belief. However, the limitation of the admission of representatives of the Moscow Patriarchate to military units and objects by no means is not a restriction on the right to profess Christianity or to express their convictions. Complaints about the non-admission to military objects from a structure that has never officially recognized or condemned Russian aggression, which has already been exhausting Ukraine for five years, is only a sad surprise.

Certain pro-Russian mass media inform about conflicts related to the transition of communities, however, it is obvious that this is not a mass, but artificial conflict created by the Russian Church in Ukraine.

His Beatitude Metropolitan of Kyiv and All Ukraine Epiphaniy, repeatedly emphasized that the unification of Ukrainian Orthodoxy should take place peacefully, without violence, on the Gospel principles of love. The events of recent months have shown that the decision to move to a single Local Ukrainian Orthodox Church is made by an absolute majority of the votes of the faithful, and the process of the church unification is peaceful and implemented in accordance with the current Ukrainian legislation.

Press service of the Kyiv Metropolitanate 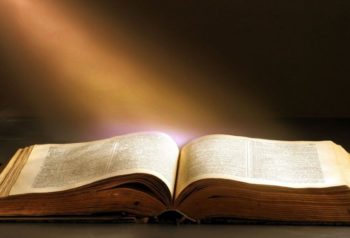 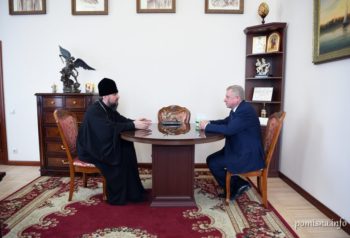